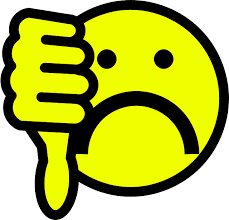 Company owners, presidents and managers, beware! Your most important advertising tools may be damaging your business!

During a recent highway drive in heavy traffic, my attention was captured by two repair trucks from Company ABC hurtling up the far left lane at speeds well in excess of 65mph. They cut me off, wove in and out of traffic, and were soon lost to sight. There was just one small problem they hadn’t considered: I had noted the trucks’ vehicle numbers.

What People Will Remember

I contacted the company, described the incident and requested to speak with the President, to whom I gave the particulars, wrapping it up with one salient point. “Your employees forgot that they are a traveling billboard. What people will remember about your company is, ‘dangerous drivers.’ Why would I want to call your firm for service if that’s the type of people you hire?” About a week later the President actually called me back to share that both drivers were summoned to his office and received a written warning. He remarked that they were stunned that anyone had taken the time to report them.

Two clerks at the store kept talking to each other while ringing me up, completely ignoring me until I interrupted to point out a mistake. The clerk was rude to me for the balance of the transaction. I tracked down a manager to complain, pointing out the same customer service ‘risk of exposure.’

At a restaurant, I overheard several people at lunch using non-stop profanity as they loudly talked about various topics (including the company they worked for). All were wearing company attire with prominent logos. I contacted the company, and was connected with their manager.

In the craziness of day-to-day operations, company owners and managers often either neglect to train employees or to reinforce the training that when they drive a vehicle, wear company-branded attire, or are serving at the counter, they represent the firm – for better or for worse. Too often, it’s for worse.

The moment an employee leaves the business premises, or if the manager/supervisor is not present, some may think that careless driving, rudeness, or even foul language is acceptable, as long as it’s not directed at the customer, since they “know” it will not get back to their boss. They assume that nobody will report their behavior.

But the damage they do to a firm’s image is significant. The message they send is that the company’s owners, managers and the company itself don’t care enough about customers to train their employees correctly. And that in turn can imply the firm may not care enough about quality of product or service either. Which leads to a prospective buyer wondering, why should people buy or hire from them?

Remember that in our viral communications environment, bad experiences – direct or indirect – are rapidly shared, and can hurt a company’s bottom line. Think Yelp, Trip Advisor, Google, Bing – the many different places people can post reviews.

Marketing is More than Advertising

Marketing a business isn’t just about placing ads. It starts with employees who are a company’s most important billboard. In their demeanor, language and interaction with everyone, at every point of contact, whether direct or indirect. This reality has to be part of training of every employee – not just the ones at the counter. It should be a stated section in the HR/Employee Handbook. And an annual refresher is vital as an element of a company meeting. As part of this, it helps to recognize employees who have received positive customer feedback.

A business owner or manager can’t fix such shoddy behavior unless somebody tells them about it. Because I believe they would want the opportunity to correct things, I contact them. Everyone deserves a second chance. And if you’re wondering, yes, I contact companies to praise exceptional performance as well. What goes around, comes around.

Number of items in cart: 0

Claudia Newcorn, MBA, is an award-winning marketing expert with over 30 years’ experience with some of the world’s largest firms. She has consulted for hundreds of companies, and is the author of Zipline to Success, Fast-Track Marketing Strategies to Accelerate Your Sales & Profits, an Amazon Best Seller, and winner of the San Francisco Book Festival's award for Best Business Book.

Acorn Enterprises not only helped steer us in the right direction, but helped give us the foundation for success. Their invaluable advice on successfully positioning a company allowed us to focus on the target …